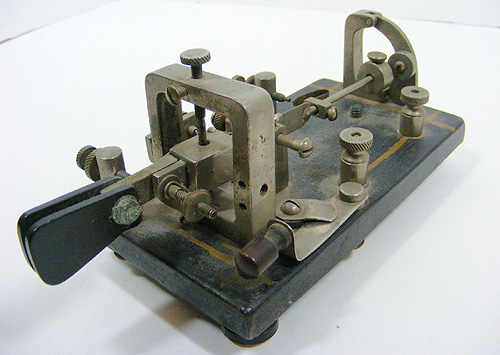 Here’s an interesting EBay find.  Its a homebrew double-lever bug that was converted to single lever somewhere along the way.  The buy-it-now price was very low so I bit the hook.   The design elements suggest an early build, around the first generation of Vibroplex double lever bugs.  After clean-up, the bug looks quite nice and performs very well on the air 90% of the time.   Some of the adjustments become loose after a bit of operating so I have to periodically check them on-the-fly.  All the parts are nickel plated.

Note some features of this bug which hint on it’s vintage: