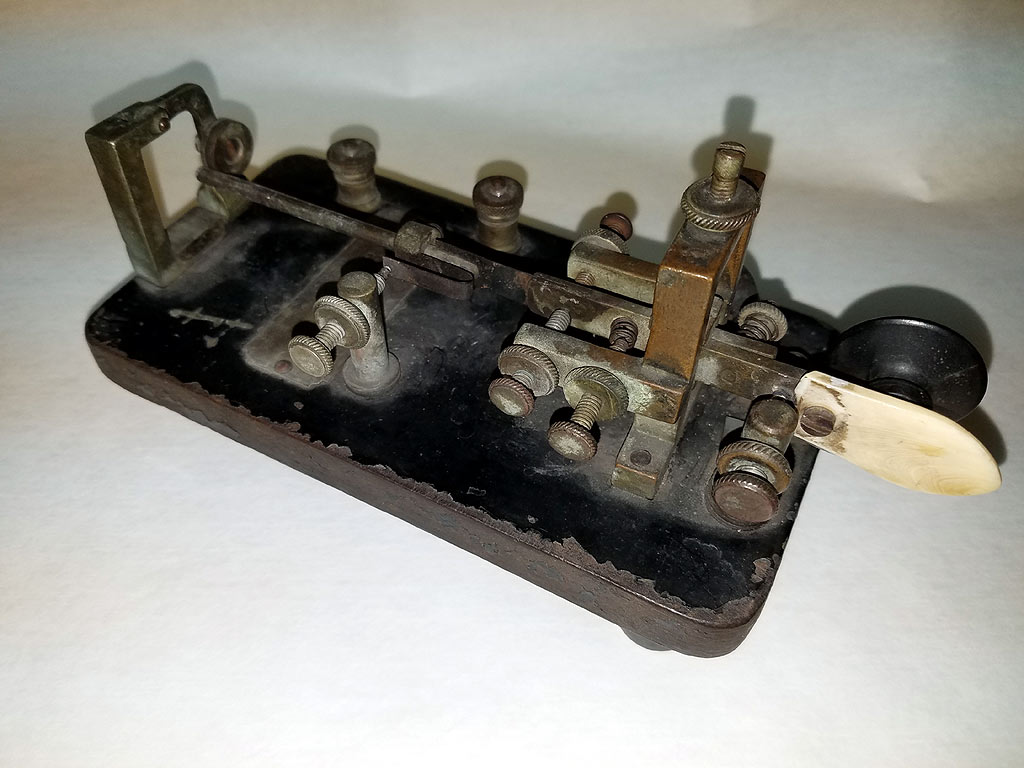 Here’s another enigma bug.  I acquired this bug on January 21st, 2017 while antique shopping with the XYL.  I’m always on the lookout for telegraph instruments during our antique runs.  This one quickly caught my eye.  I was initially excited to spot the Vibroplex 1906 style frame, with its side jutting outriggers.  Vibroplex used this style for about three years from 1906 to 1908, most produced at their Norcross, GA factory.  My excitement quickly faded when I realized the Vibroplex C2 style nameplate, and serial number 61123 date to 1918, not 1906.  Closure inspection and we see the rounded corners of the base, which typically mean a clone bug such as that from the ATOZ company.  I don’t believe this to be an ATOZ key as the thumb screw knurling isn’t right, and there is no number 1 stamped into the bottom of the base.  Based on the corners alone, I don’t believe this to be a true-blue Vibroplex. Dating a key like this can be tricky.  It definitely is old, and I would suspect the age to be at most the 1918 time frame based on the name plate and ‘pinned lever’ style pivot.  It was most likely produced before 1914 when the Vibroplex Injunction kicked in.  I surmise the C2 plate was added later to get around the injunction by its owner.  Even with these shortcomings, it fits nicely in my collection of oddball bugs.  The price was decent enough to pull the trigger.  I rescued the bug from its lonely display case, to live once more communicating with others in far off places.  Who knows how long it’s been dormant?  I’m going to call this one “The Mongrel” based on its checkered lineage.

The picture above shows the as found condition.  It’s very dirty with lots of oxidized paint or plating and grunge on the top parts.  Thankfully all the parts are present, with a replaced thumb piece.  After adding a weight, cleaning the decades of corrosion off the contacts, and making the appropriate adjustments, this bug came back to life sending very good code! Next will be a complete dis-assembly and general cleaning.  I may swap the one incorrect screw/nut on the frame for a correct one.  After clean-up I’ll determine what to do next, if anything.

Click the images for a high resolution versions of the images.

Click here to be taken to the directory with more high resolution images. 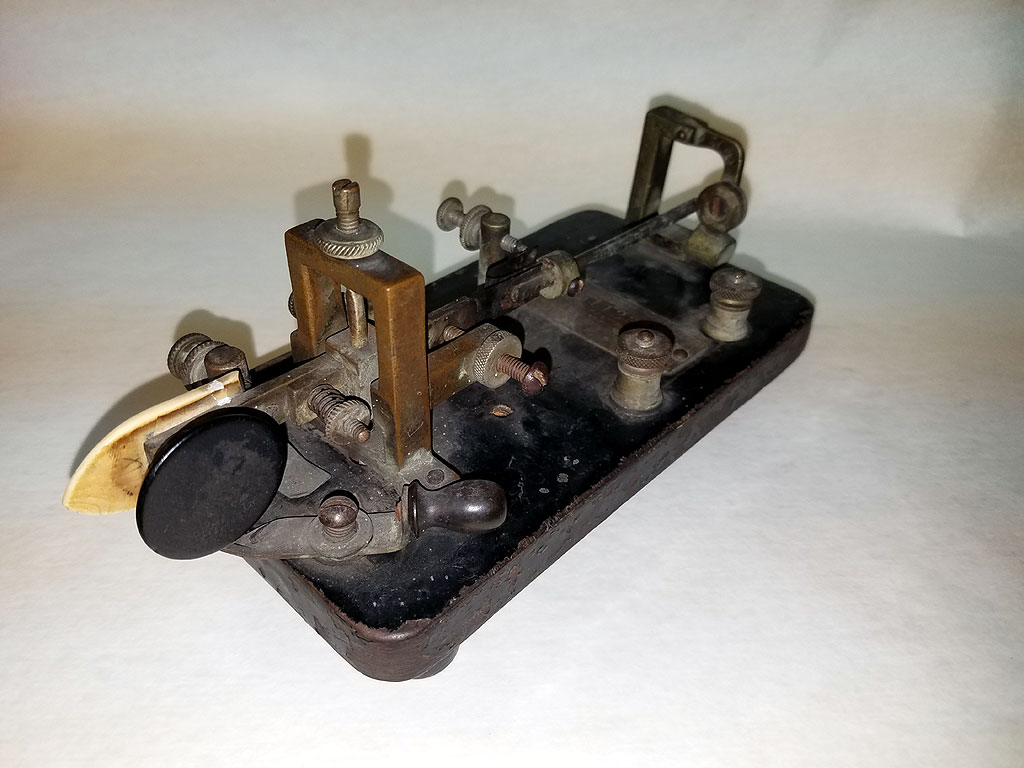