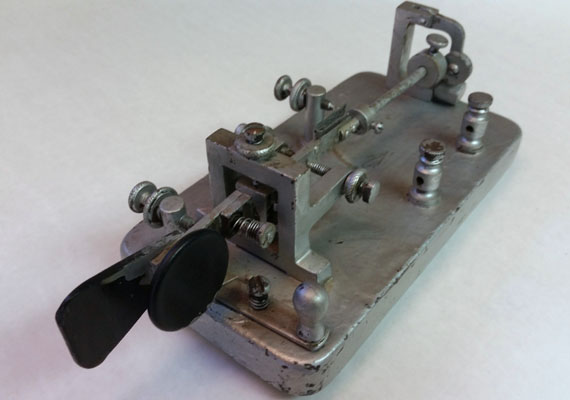 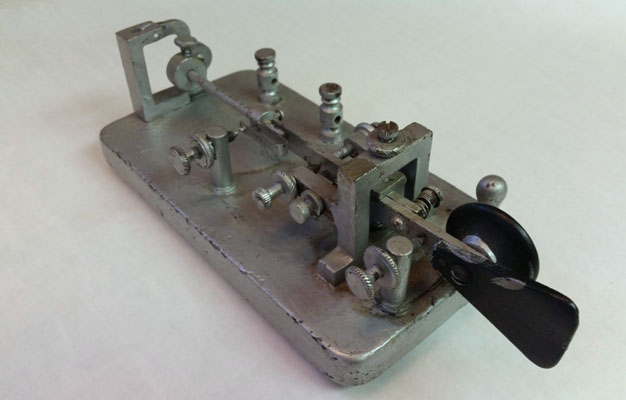 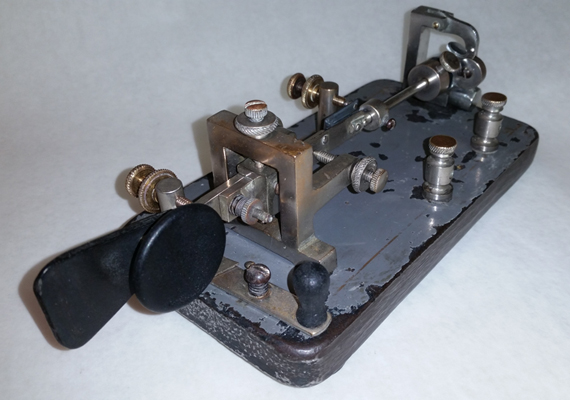 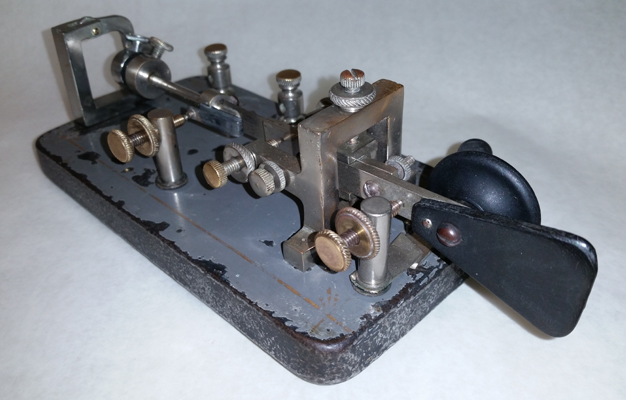 Here’s another clone ‘misfit key’ that fell into my lap.  I spotted this un-labeled bug on EBay and immediately recognized it as a scarce A-to-Z (aka ATOZ or AtoZ) Electric Novelty Company “Improved Vibroplex’ clone. Like the XOGRAPH bug, it was completely covered in paint (silver this time).  Such a sad sight! I picked it up for just $21.00!  After my experience with the gold covered XOGRAPH bug, I figured this could be a gem underneath.  The ATOZ company produced a small number of these bugs for a short time in blatant violation of the Mecograph / Martin Vibroplex patent before being shut down by injunction in 1914.  The original name tag (missing on this bug) even boasted “Improved Vibroplex”!  It’s not unusual to find these bugs with missing or replacement “Albright” tags for this reason.

There isn’t much information out there on the A-to-Z Electric Novelty Company, or its owner Max Levey.  After much research, I’ve put together a very detailed article about Max Levey’s life that is available in the Featured Articles tab.

For the first stage of restoration on this bug I set out to remove the silver paint using the same techniques used on the gold painted XOGRAPH bug. To my surprise, beneath the thick silver paint was a thick layer of nicotine.  And beneath that thick layer of nicotine was a coating of…… gold paint! Arrrgh!  I continued to remove the gold paint only to find more nicotine below.  Once the top layers of over-paint and nicotine were removed, the original ATOZ gray base paint with gold pin striping were revealed.  The parts above are all nickel plated.   As you can see the base is pretty rough.  I elected to completely remove the paint down to bare metal on the sides to help clean up the look.  I’ve left the original gray paint / pin striping on top and a thin layer of gray on the bottom for now. 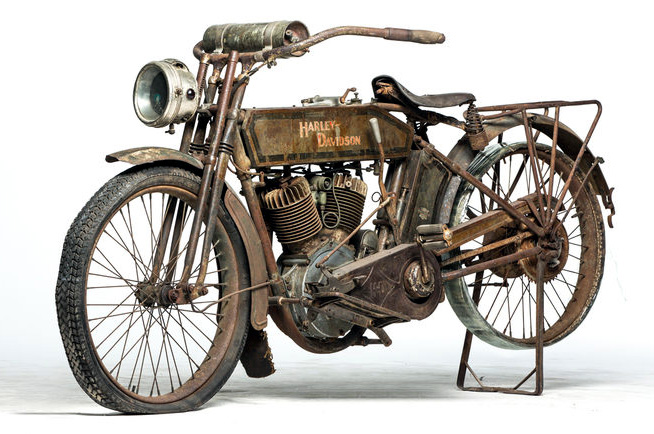 Like an unrestored early Harley Davidson motorcycle of the same vintage, I think the original paint and pin striping, albeit battered and faded, give the key a lot of charm and character.  I may restore the base later, or overcoat with a clear coat to preserve the original ‘survivor’ look.
Decisions, Decisions!

One final thing to note about this ATOZ bug: Like the XOGRAPH bug, it has a wonderfully worn-in divot on the dit finger piece from many-many decades of use.  It feels fantastic and provides a very tactile connection with the bug’s prior user(s)!  But like a bucking bronco, this key woke up with a bad attitude.  It took several attempts to get the adjustments correct to hold a decent QSO on the air.  The ATOZ bug still throws in some extra / scratchy dits and dahs occasionally, but at a tolerable level. Many thanks to my good on-air friend Rick ‘The Polar Bear’ N7HRK/M for helping me break in yet another bug after initial restoration.

For those wondering how to spot an ATOZ bug in the wild, here are my observations on the unique ATOZ features to look for:

Click here to be sent to a directory of more high resolution views of this bug, before and after initial restoration.